How to Pass ASQ CSSBB Exam

These are my recommendations on how to study for asq black belt exam and I think this is the most helpful six sigma black belt study guide out there for obtaining the cssbb certification. It will also be a guide on how I passed my Six Sigma Black Belt exam

One of the books that I used was the cssbb primer from the quality council of Indiana, the actual title of the book is Certified Six Sigma Black Belt Primer. This book is a must have for your six sigma black belt asq preparation.

The other material that was very helpful was the Indiana quality council test bank and I think the actual name was the Certified Six Sigma Black Belt Exam CD. This CD had a good amount of six sigma black belt practice exam questions to prep for the six sigma black belt exam. Based on my experience most of the questions are similar to the actual asq questions. I also got the Certified Six Sigma Black Belt Solution along with the black belt exam CD and cssbb primer from the quality council of Indiana. 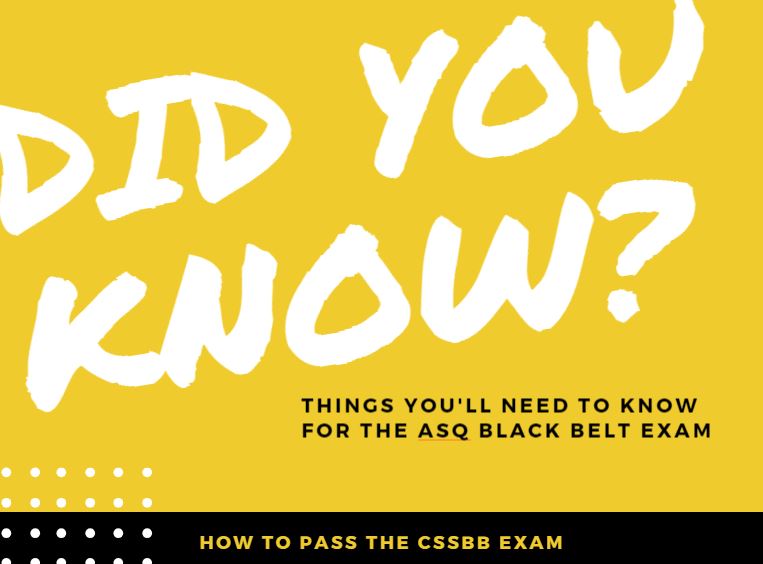 What is a p-value anyway 34 Stories to Help You Actually Understand Statistics by Andrew J. Vickers

Outline of Statistical Tests for the ASQ CSSBB exam 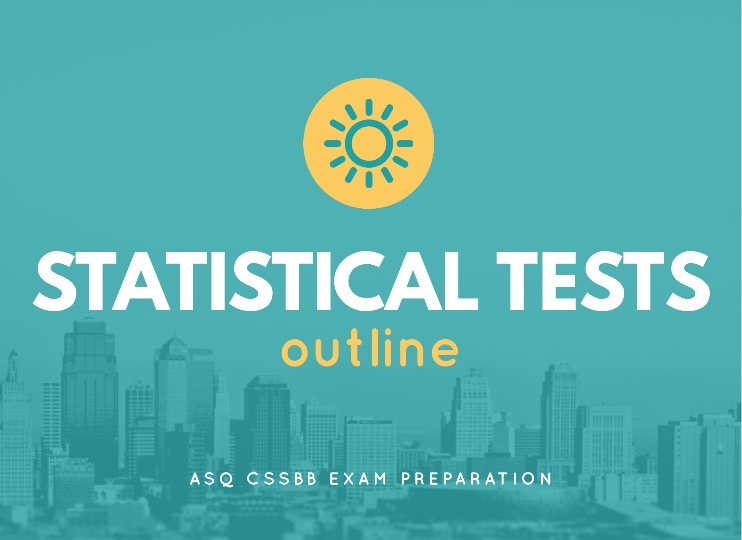 You can also download the outline of a few statistical tests that you need to know for the CSSBB exam.

Choose only one from Step 1.

Step 1b: Complete one Six Sigma project and have three years of experience

Choose only one from Step 4

Step 4a: Complete the CSSBB Computer Based Exam Form

Step4b: Paper & Pencil Exam is offered though during Annual ASQ Conference. Look at the Special Administration section to find the asq certification requirements and application form

There are 165 questions in the CBT CSSBB exam and they give you 4 and ½ hours for the exam. Only 150 questions are scored and 15 are not scored for the asq six sigma black belt. However, I don’t believe there is a way to tell which asq black belt exam questions are not going to be scored.

Since you don’t know which black belt exam questions are not going to be scored I would approach this as a 165 question test and that gives you about a little over minute and a half per question. After taking the black belt exam the results are available right away. When it used to be given by paper and pencil I had to wait until the asq six sigma black belt exam results were posted on the ASQ website. Even though asq cssbb exam results are available right away you don't get the actual printed american society for quality certification until much later. You would most likely be getting the printed asq six sigma certification by mail. You should also keep in mind that you won't actually get a numerical passing score for asq cssbb exam, it will just basically tell you if you passed.

My asq cssbb exam tips are to arrive early to the testing center and make sure you are prepared to take the exam. You should have the CSSBB Primer with you, calculator, your ID and any other required documents. With the new CBT CSSBB exam there is a calculator on the computer screen, but I do think it’s a good idea to bring a calculator you are familiar with. Also, make sure to bring some snacks, water and may be some granola bars. If you like Almonds or other things that are filling for you then I would bring them with you. The important thing is to make sure you're not hungry during those 4 and ½ hours and can finish the exam in one sitting. Also, I remember they did allow us to take bathroom breaks, but the time was still running. When I was taking the CSSBB exam one thing I noticed was it takes time to go back and forth between the CSSBB Primer and the questions. I think if I had to do this again, I would pretend this was a closed exam. Even though it’s an open book exam, due to the time limitations I would consider doing the practice tests as though it was a closed book exam. When I was taking the exam what I did was I took a first pass at the exam and if I was spending too much time on any questions I flagged it and came back to it later. 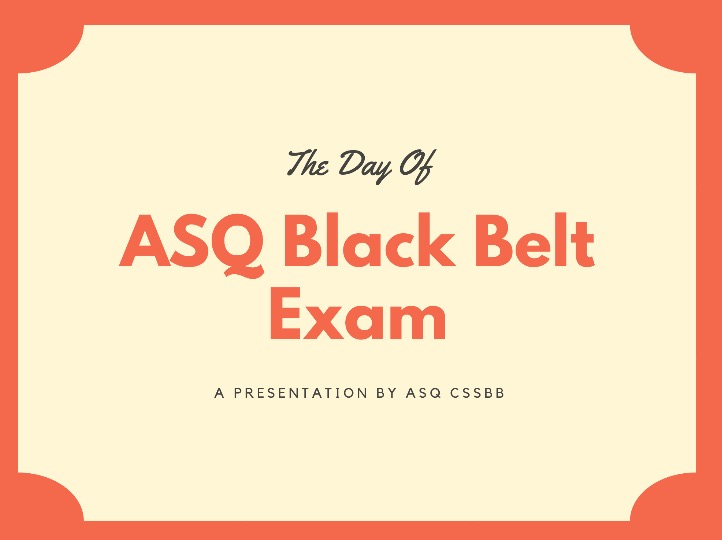 However, here is another way to look at the six sigma bok (asq cssbb bok). 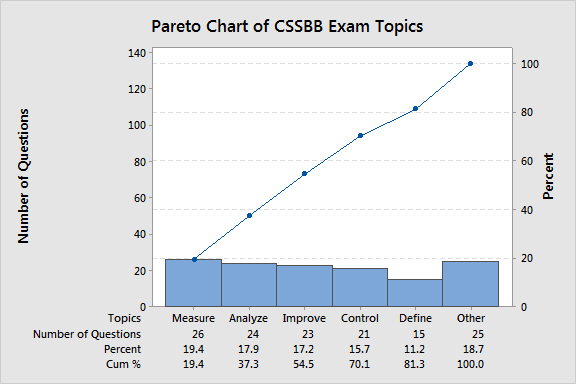 When we look at the cssbb body of knowledge in another way you can see Measure and Analyze make up 38% of the questions on the asq certification exam. However, if we include Improve then close to 55% of the questions come from Measure, Analyze and Improve for the six sigma exam. If were to include Measure, Analyze, Improve, Control and Define then over 80% questions on the asq certification exam would basically come from the DMAIC area. If I was taking the cssbb certification then I would first try to focus my attention on Measure and Analyze first since these are the hardest areas for most people. I think some people might need a a refresher on statistics especially as they are studying for the six sigma black belt certification. Since there is a quite a bit of information covered in the six sigma black belt exam you might want to consider signing up for this asq cssbb training and I am confident with the asq black belt training you too can become asq cssbb. 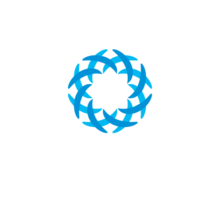 I am a graduate of Yale University and I am an ASQ Certified Six Sigma Black Belt. I started my career at a major investment bank in New York City. My investment books include How To Create A Trend Trading System For Stocks (2012), How To Find The Next Trend Trading Stock (2012), How To Win More With A Trend Trading System For Stocks (2013) and Every New Trader’s Greatest Enemy (and How to Beat It) (2013).In addition to teaching and writing books about process improvement and financial markets, I also develop statistical and algorithmic financial models to generate superior risk-adjusted return streams. Capital preservation and risk management are at the core of my investment philosophy.
Buy $999.00
We suggest moving this party over to a full size window.
You'll enjoy it way more.
Close
Go Fullscreen